How to play Pai Gow Poker

Pai Gow is a game that has been invented by the ancient Chinese and, when translated into English it means “make nine” or “card nine” (this may reflect the idea that in most cases the best score a hand can have is nine). Originally, Pai Gow was played with dominoes and it was considered a very difficult game.

After many years this Asian game has been combined with elements from “7 card stud” and thus resulted the card game known nowadays under the name of Pai Gow Poker. Pai Gow Poker, on the other hand, is a quite easy game and its rules are those of standard poker.

Pai Gow Poker is a very popular gambling game which was first played in the casinos from Las Vegas in 1987, and has known a great succes among gamblers ever since. In 1988 it has also been introduced into the casinos from Atlantic City. When playing Pai Gow you will use a deck made up of 53 cards (the standard deck made of 52 cards plus a Joker) and up to seven people can play this game at a time but their cards will be compared only with those of the dealer. Usually, Pai Gow is played on Black Jack tables.Nowadays you can also play Pai Gow online.

Before receiving the cards you have to place a bet. Then, you arebhanded out seven cards and from these you have to make two hands: the first one which is called “low hand” is made of two cards and the second one – “high hand” consists of five cards. The high hand must have a higher value than the low hand. Usually, when you are playing Pai Gow online your cards are arranged automatically. Another advantage of playing Pai Gow online is the fact that the system will prevent you from making fouls. The goal of this game is to outrank the banker or the dealer with both the “low hand” and the ”high hand”. 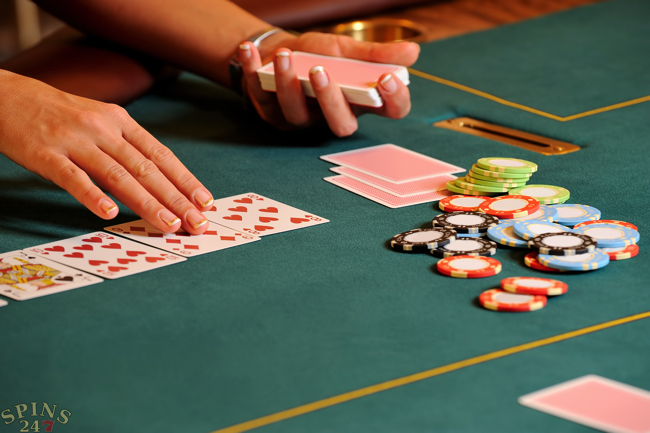 You will find that the rules of this game are quite simple. Thus, you will find that a 5-card hand ranks higher than a 2-card hand. Moreover, you can use the Joker only to complete either straights or flushes or straight flushes. You win when both of your hands outrank the dealer’s. When it is the other way round you lose. You also lose when the dealer’s cards otrank either one of the two hands and the other poker hand happens to be a copy. Copies occur when your hand and the dealer’s have the same value.. Copies are won by the dealer. A Tie occurs when you win only one of the two hands and the dealer wins the other one. The winning hand combinations that you can make when playing Pai Gow are the following ones (in the order of their importance): 5 Aces- including a Joker, Royal Flush, Straight Flush, four cards of a kind, flush, Straight, three cards of a kind, two pairs, Ace, King, Queen, Jack.

So, if you are looking for an entertaining card game that you can play online we highly recommend you Pai Gow as it is really easy to play, the main difference between this game and poker being that instead of one hand of cards here you have to deal with two hands of cards.